Hello!
Just had to drop you a line or two, to ask how's life in Netherlands, because yesterday I got a hold of this dvd that Bianca flimed last summer at Castlefest during our gig... A horror movie, if I ever saw one

It was so lovely to see familiar faces in the scarce but even more enthusiastic audience!

I just saw the dvd myself, I really enjoyed it!

Hope everything in Finland is well!

Greetings 2 Dutchcelt, Paula and all of u!

so he's wrong? He teaches culture of Great Britain...

So you're from the same clan? Then you&#39d better wear the same kilts too. Now you're five clans in one.

at least get yer facts straight, we don't wear kilts, we wear belted plaids.
Next thing yer wrong at: clan Tartan is introduced after removing the ban on scottish dress in 1782 (act of proscription of the highland Garb, 36 years after the ban was set, after culloden 1746).
Before the ban, people wore whatever was available.
There are descriptions of persons wearing hoses of one pattern, belted plaid of another, waistcoat of again another and a jacket of again another pattern, so a person could wear 4 or even 5 different patterns.
If you get a new plaid from yer landlord, you don't get picky and say, that's not the right color, you just accept it and wear it instead of yer old worn out, patched over plaid.

So vefore you start anything, grab yerself some books, do some research and then open yer mouth.

And be a man ( or woman) and put yer name down the box in stead of anonymous linedropping.

Hmmm. If you can like read my messages from the last one to this one? Then it would have some logic, maybe..

And Konrad, we shall continue the discussion about religions, good and bad, life and death etc. next year, right? Before that I will gather my thoughts in Poland, Warsaw, where I´m going for five months.

And then there was the lovely woman, from who I learned something really essential about meaning of life...Mmh half a year is a long time and I keep forgetting names, but never the people behind the names.

*phew* I did it! And before Castlefest 2007! I can also proudly announce that I have finally developed and scanned the pictures I took. The quality is quite poor but..well go and see: www.flickr.com, user: koomainen

Alright folks, that´s all by now! I´m just waiting to go to dance soon -you might have heard, that two of the Kelpia-ladies, Noora&Vesna have been teaching irish&historical dances here in our city? I´m still as clumsy as a cow in ballet, but we´ll se how it goes in the next Castlefest.

I'm curious about your dancing, I know Vesna and Noora are teaching them and know they are good at it too!

Have lots of fun in Warsaw! 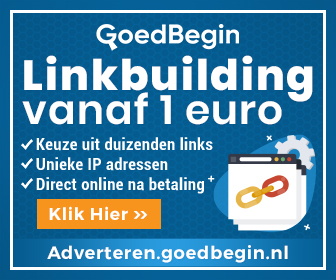